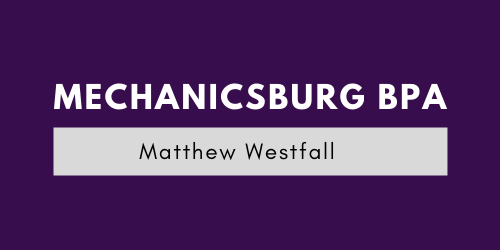 The district has launched a Business Owner/Operator Series featuring current students and alumni.  The publication series stems from the High School’s involvement in the Business Professionals of America (BPA) Ohio Association.  BPA pairs well with our students, many of whom are already entrepreneurs, small business owners, content developers and future business men and women. 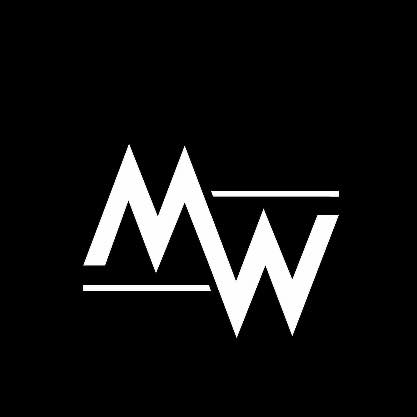 Sophomore student Matthew Westfall is the district's first featured student.  Matthew is the owner of Westfall Wethers which has been in operation for 3 years though his family has been raising Boer goats since 2007.   Matthew became interested in raising commercial goats for wether sales and shows after exhibiting them at the county, state, and national level.   His business is known for producing top quality livestock that can win at the county, state, and national levels.

On a daily and weekly basis BPA member Matthew Westfall uses skills and competencies for success after graduation.  Matthew is responsible for the daily care of livestock which includes daily feeding, health care, and general farm work, demonstrating organization, problem-solving, critical thinking, and adaptability.  He uses a variety of platforms to work with customers both locally and nationally, assisting them with questions and helping them select the animals that will work best in their programs. In addition to himself, Westfall Wethers has 2 full time family employees, 2 part time employees, and seasonal support for shows, sales, and business projects. 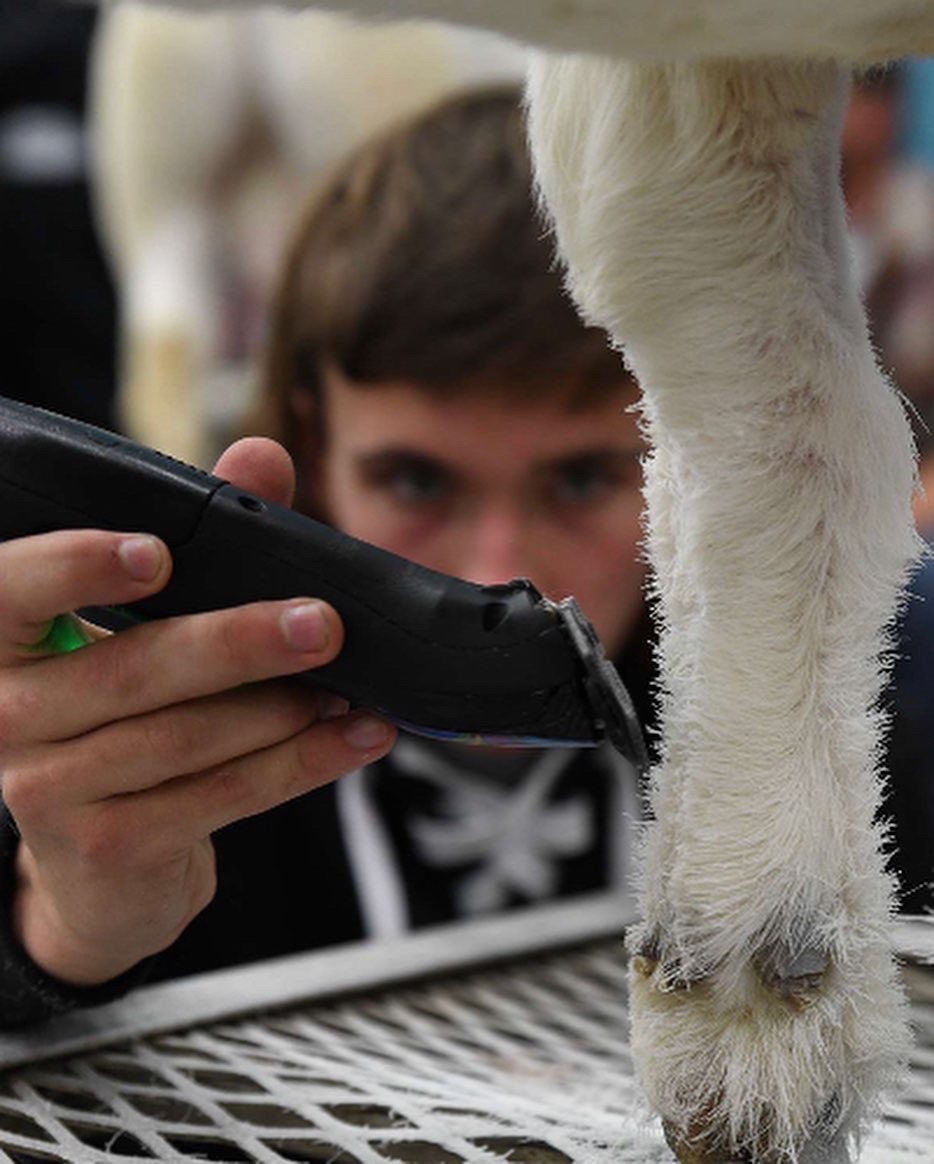 Westfall Wethers has experienced tremendous success in the first 3 years of operation, receiving multiple awards for breeding and exhibiting.  In the area of breeding, Westfall Wethers has been awarded the State of Ohio Premier Breeder and Premier Exhibitor Awards for the last 3 years of the business and 7 years prior to that.  On the National Level, the company has been awarded the Premier Breeder and Premier Exhibitor Awards 3 times and Westfall Wethers has had 6 national level champions in our breeding program.  Matthew won the  National Overall High Point Individual in 2019 JABGA (Jr. American Boer Goat Association) Regional Show program, which included public speaking, sales talk, livestock judging, skillathon, and showmanship. 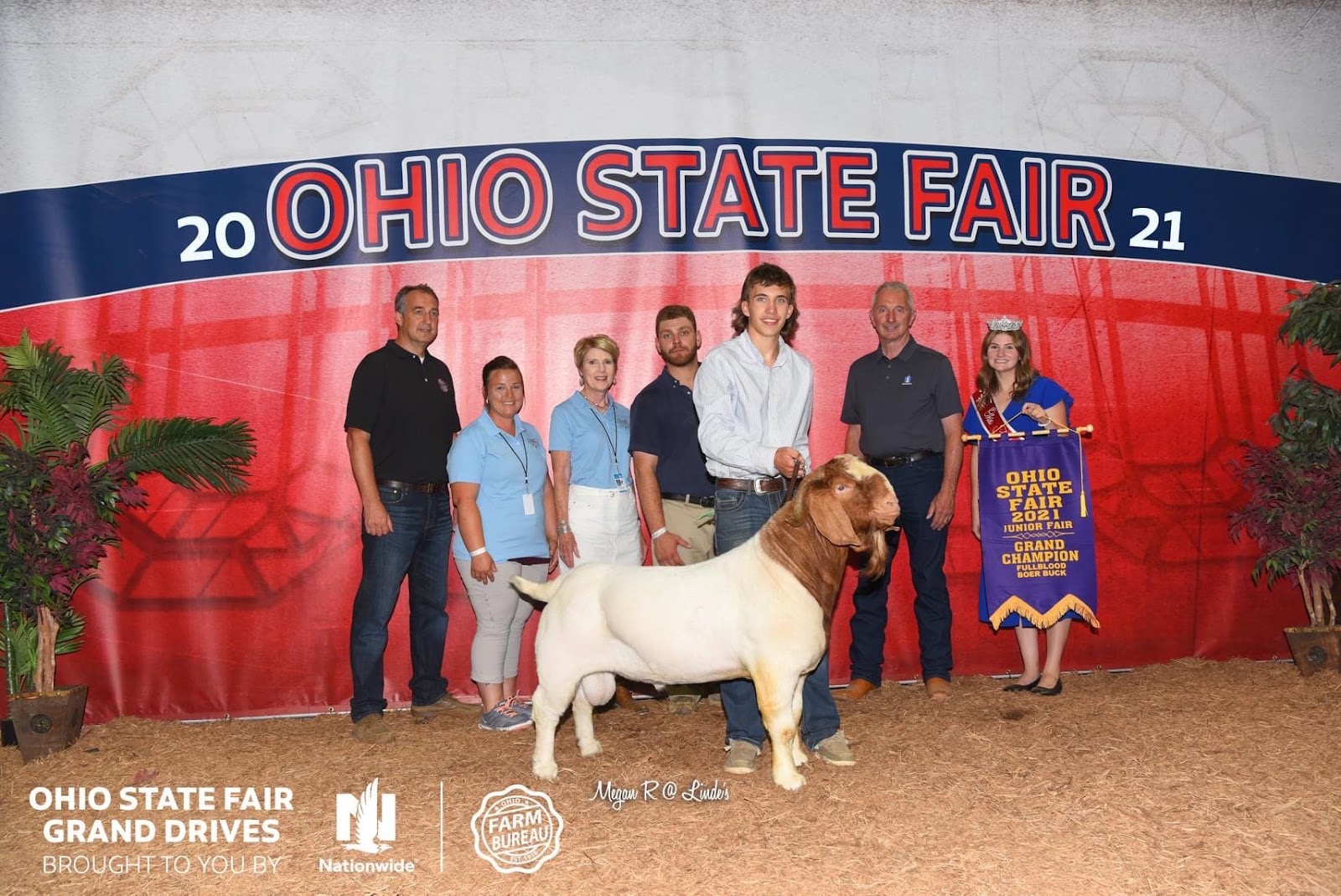 Showing season for Westfall Wethers is year round.  The business will be traveling to a national competition in  Arizona at the end of December 2021.  In Arizona, Matthew will show three goats at the national level.  He hopes to get a grand or reserve division win while in Arizona.  Show season will then take a break when breeding picks up and will begin full swing again in April through August of 2022.  Westfall Wethers is active in the Ohio Show circuit.

When asked about some of the main skills and qualities needed to be successful, Matthew said “You need to be willing to work hard every day to achieve your goals.   You need to be able to communicate well with customers. It is important to develop a production plan to produce healthy and high quality animals.  Sales and marketing skills are also a must to help set your program apart from other breeders.”

When asked why people buy from Westfall Wethers Matthew said “We have a preferred line of genetics.  We are known for top producer bucks that reliably produce marketable genetics.”  When describing the process for producing top wether dams, Matthew said “Breeding includes understanding the flaws in the females and matching those with the bucks for the best product.  Breeding season is year around but mostly occurs from December through February.”  The company markets their national winners and during kidding season the company chooses one wether or market dam to keep and then sells the rest.  Westfall said “We sell online on the Willoughby platform.  Each market dam is listed individually on the platform during selling season.  The business makes a profit from selling market dams and other breeding products.”  Westfall Wethers also uses their Facebook page, Westfall Wethers, to market and promote their commercial goats.  Follow their page for updates on the business and support local!

Matthew uses his business to support his involvement in FFA and to complete his yearly Supervised Agricultural Experience (SAE) project which requires students to log hours worked, profits, expenses, etc.  In addition to FFA,  Matthew is a member of Mechanicsburg’s BPA Chapter and will be participating in the Broadcasting News Program with several other students.

“My dream is to be in the Livestock Judging Program at Oklahoma State University, majoring in Ag Business.  I would like to be ranked in the top 100 in the nation while in that program.  I would also like to intern with several big breeders in the area while at Oklahoma State University.”  To be ranked, the Westfall Wethers business owner would have to demonstrate oral reasoning skills, critical thinking, and communication during competitions.  In addition to studying Ag Business, Matthew Westfall plans to focus on breeding and selling during college.  After graduation Matthew wants to return to livestock and grow the business.

In addition to owning and operating Westfall Wethers, Matthew is an honor roll student and successful student athlete in both Cross Country and Track. Matthew was part of the district’s 8th grade OHC Cross Country Championship team.  He has earned 2nd Team All OHC honors in Cross Country for two consecutive years and finished 3rd in the OHC in the 800 meter race during track season.  Matthew was a member of the school’s first regional and state qualifying Cross Country Team in the Fall of 2021.  Matthew placed 89 with a PR time of 17.12 at the State Cross Country Meet. 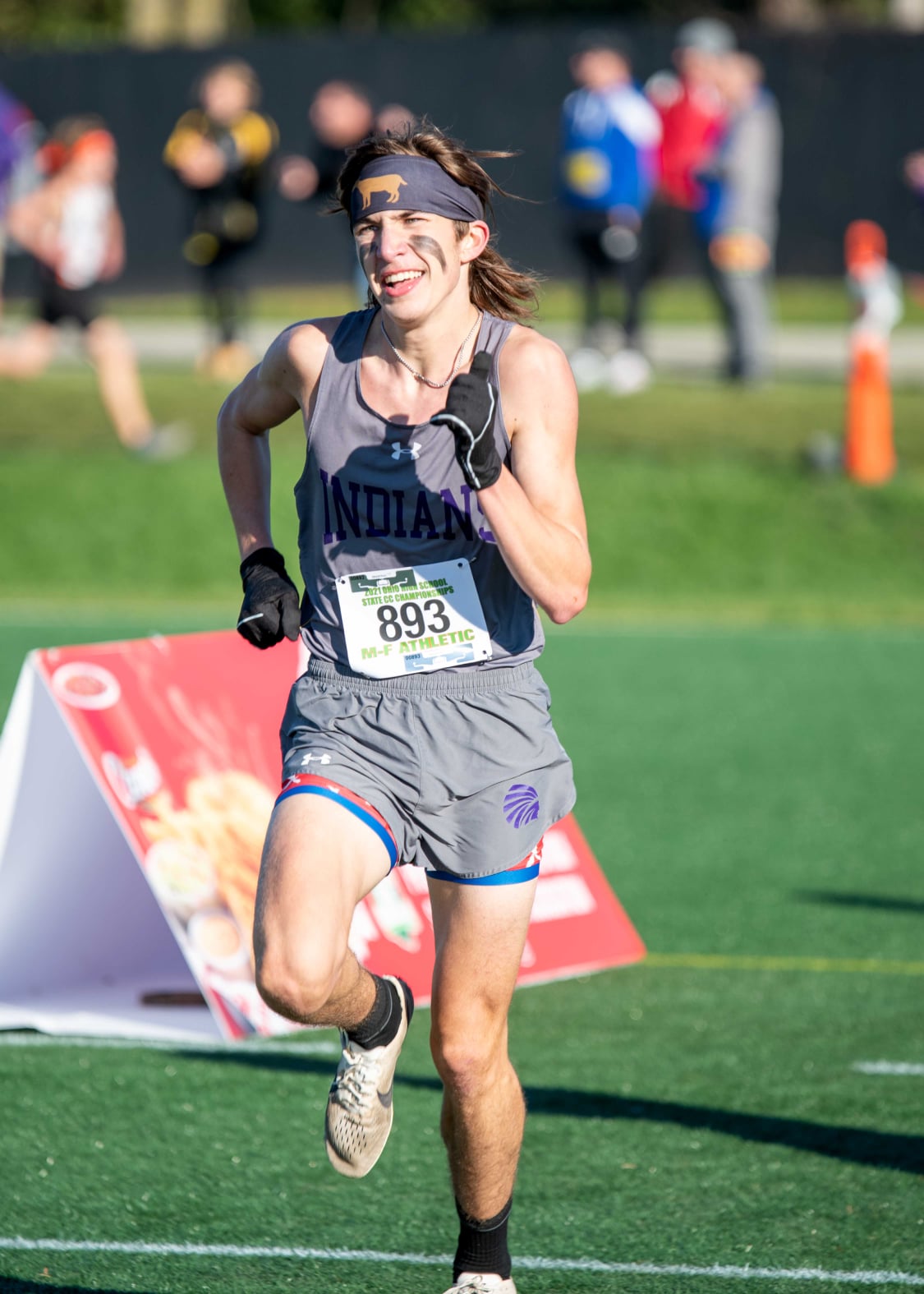 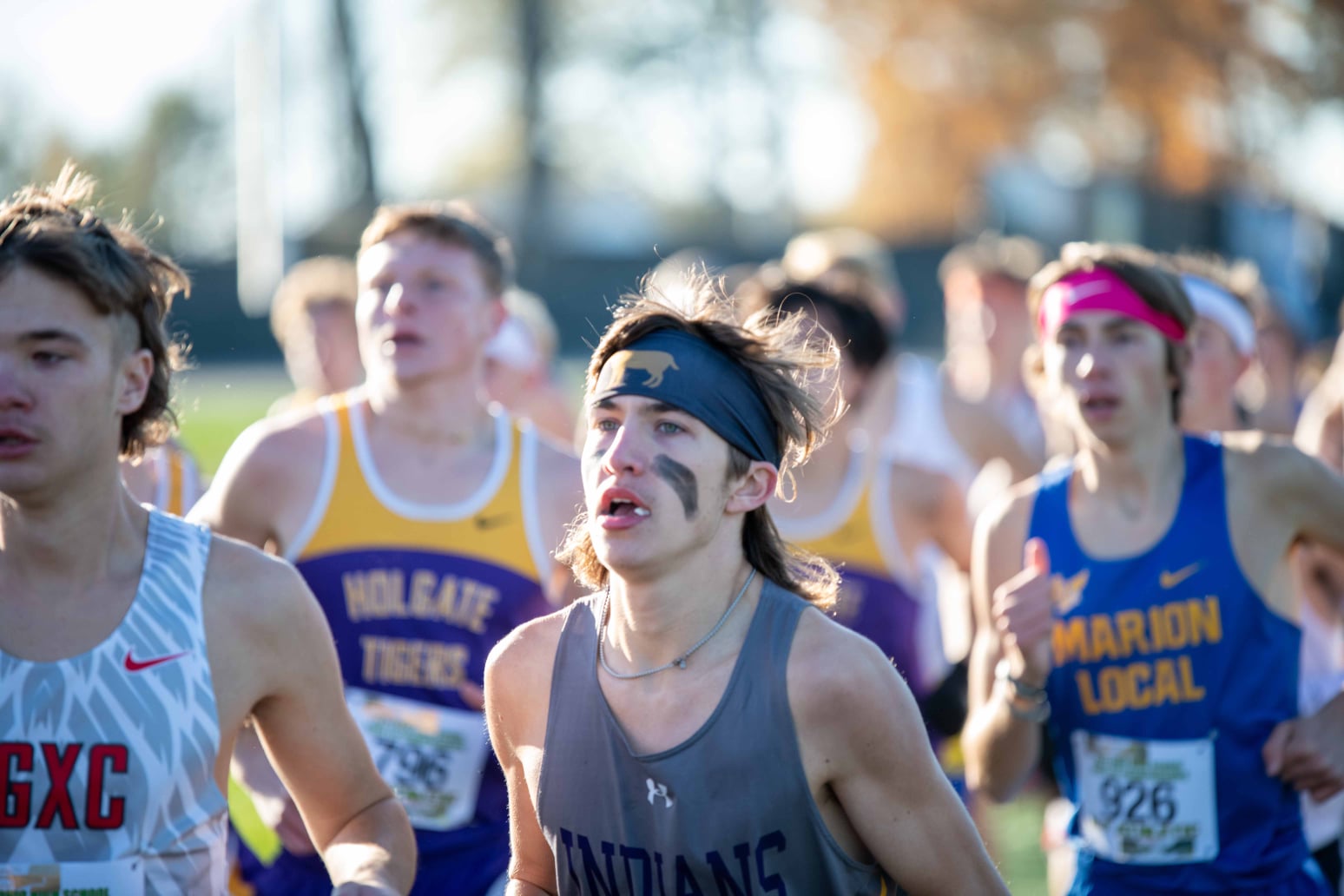